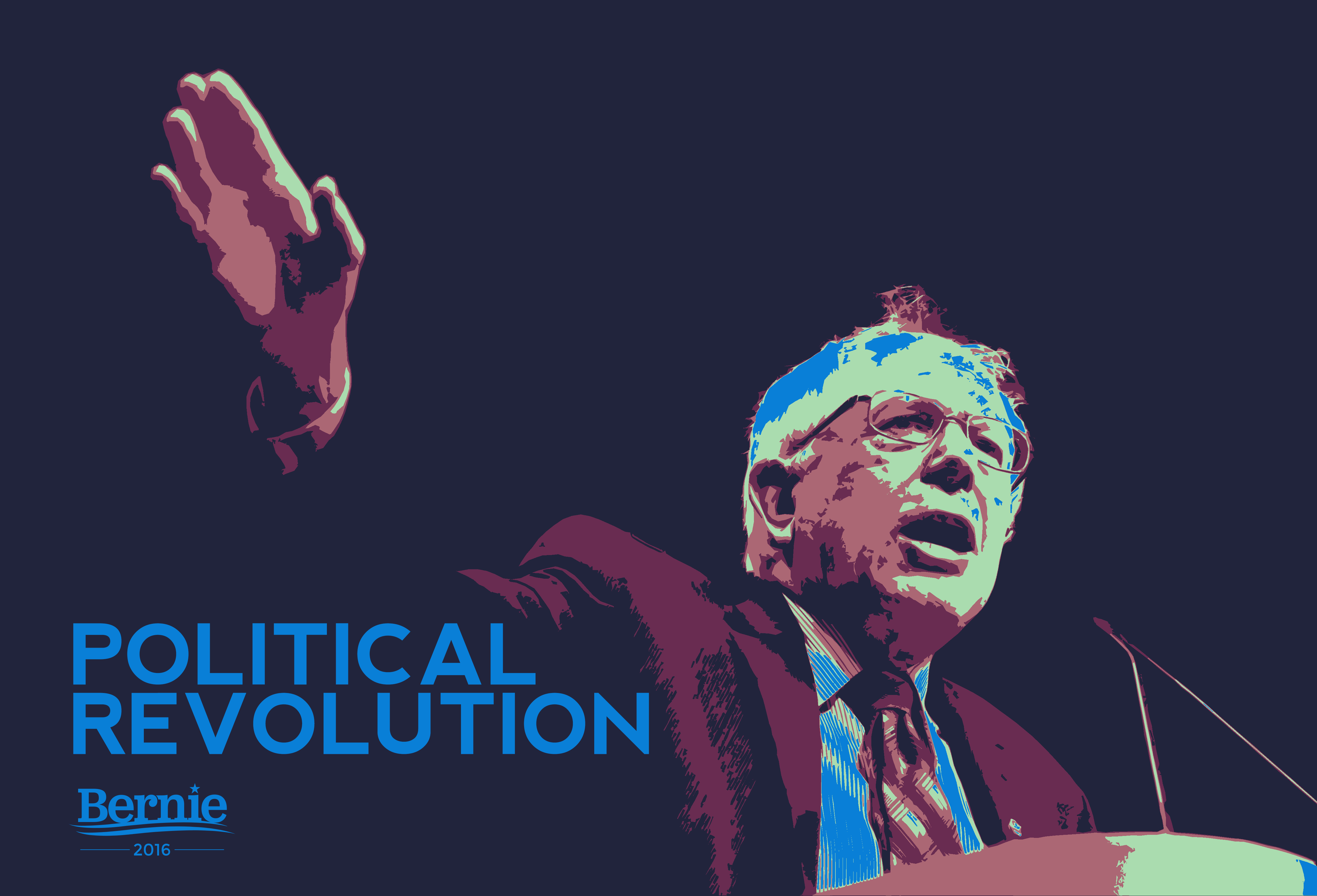 And you can’t stop the Progressive Movement that’s sweeping the United States of America.

Bernie Sanders started it. The People will finish it.

After listening to Senator Sanders speak on Wednesday, June 23, in New York City, we’re more certain than ever that righteousness will triumph over cynicism. Kindness will trump hatred. Justice for All will finally prevail. It’s Morning in America again. And this time a transformative political revolution is afoot. Nothing’s going back in the box.

The Senator likes to stress that “it’s not about me, it’s about us.” True, and fair enough. But right now, while the Presidency of the USA is still an open question, the ongoing struggle is very much about Bernie Sanders. We can wait four years, or two, or maybe a fateful month for the political revolution to succeed. It will be much better for our country (and the world) for Bernie Sanders to lead now. He is by every measure of the term a genuine American Hero and a true patriot. His fearlessness in facing down an Establishment that despises him and a corporate media that ignores reality and instead dutifully dictates whatever their Establishment benefactors tell them – well, it’s hard for us regular folk to fully comprehend that level of courage. Try remaining calm while there’s a very nicely dressed enemy pointing a gun at your face. Bernie Sanders is a brave soul with a giant heart – and wouldn’t that be a lovely thing to say about our next President.

If for some reason his name is not on our ballot, we’re going to do what we’ve always done: vote for the candidate that most closely represents our values and ideals. (If everyone in this nation did exactly that – vote for the person who most closely represents their values and ideals – we’d be altogether better off.) Those who vote the lesser of two evils, or against someone, have truly wasted their vote.

Reminder: despite the propaganda that millions of Democrats and Republicans still accept, there are more than two political parties in America, and more than two candidates for the highest office. In 2012 we did not vote for Barack Obama; we voted for Rocky Anderson, the candidate who most closely represented our values and ideals. In 2016, that candidate is Bernie Sanders.

What he’s accomplished is so fantastic and heretofore unthinkable that almost no one thought it possible. The encyclopedic catalogue of lies told (and validated) by a system designed to protect the wealthy/powerful/entitled has been summarily refuted by the Sanders campaign, the greatest grassroots, bottom-up effort in the history of our country. Without a single dollar of corporate donations, without a SuperPAC, without the support of the Democratic Machine, Bernie Sanders has done what all the smug commentators from the chattering class said couldn’t be done: take on and beat the Establishment. He’s inspired hundreds-of-thousands of volunteers and organizers to work for real, substantive change that will benefit every person, not merely made members in the financial-military-political Mafia.

The truth about America – that we are a plutocracy; that the law does not apply to every citizen equally; that our political system is thoroughly corrupted – has been revealed, and none of us will ever be the same, even those who can’t yet (or won’t yet) see the light. For all the neoliberals who have somehow convinced themselves that all is well just as it is, that someone who is the architect and implementer of global misery is somehow an acceptable choice to lead our republic, the clock is ticking. The clock is ticking not just on their favorite money launderer and bribe taker but on their debased values, as well. overnight. It takes persistent, courageous and determined work over years, sometimes decades, and, then, one day “overnight,” the impossible becomes possible. Women voting. Blacks leading. Gays marrying. Every utterly righteous cause always faces opposition that ranges from the steadfast bigotry of the hateful to the mild cowardice of the fearful. But, eventually, we Americans come to our senses and do the right thing – that thing that has been right from the very start.

It just takes someone like Abraham Lincoln or Martin Luther King or Bernie Sanders to remind us of the better angels of our nature, to insist that we can make our highest ideals manifest.

The struggle continues. And we are proud to join Bernie Sanders on the beautiful path.